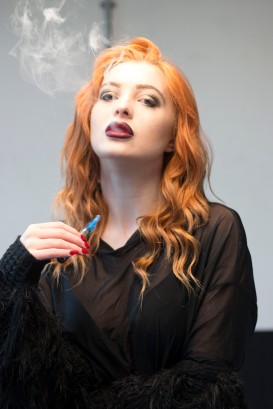 If you’re a smoker, you may have already come across e-cigarettes. These electronic devices are designed to replicate the look and feel of smoking, but without the dangerous and often cancer-causing chemicals found in tobacco smoke.

For those who are considering switching to e-cigarettes, you may be wondering what some of the benefits are.

Improving your health is probably the number-one argument most people give for switching to e-cigarettes. Tobacco cigarettes typically contain approximately 3000-4000 chemicals, with around 60 of these known to be carcinogenic.

An e cigarette, in comparison, contain a fraction of the number of chemicals, and as there is no combustion as you’d find with tobacco, there are no additional chemicals created during the combustion process.

100,000 people each year are estimated to die from smoking related illnesses, such as COPD, emphysema, strokes and of course cancer, in the UK alone. While e-cigarettes cannot be deemed 100% safe, as vaping normally will mean continued exposure to nicotine, they are at least much safer than continued use of tobacco. In fact, last year Public Health England stated that they believed e-cigarettes to be at least 95% safer than continuing to smoke.

The average smoker in the UK spends approximately £2900 per year supporting their habit. Switching instead to e-cigarettes, however, will mean a significant cost saving. While there is often a higher outlay to start off with, once you have a starter kit, any running costs are going to be mainly for e-liquid and replacement coils. As e-liquid can be had for as little as £3.99 for a 10ml bottle (equivalent to approx. 140 cigarettes), even heavy smokers should expect to feel a significant difference in their purse.

Over the past 10 years, the smoking ban has been phased in across the UK. While the health benefits of the ban are undeniable, it’s also true that it has led to a financial impact on the pub trade, as well as requiring smokers to step outside whenever they desire a cigarette.

One of the benefits of vaping is that it’s not subject to the same ban which covers smoking. Instead, vapers can use their e-cigarette indoors (provided of course that the owner of the business doesn’t object). No longer do conversations in the pub have to be stopped mid-flow while someone goes out for a cheeky smoke.

One thing you’ll certainly not miss when switching to e-cigarettes is the smell, or lack thereof. Cigarette smoke tends to hang around for hours in an unventilated space before it settles, which means that the whole room and all of its occupants are exposed to the residue it leaves behind. E-cigarette vapour, in comparison, dissipates almost immediately in most cases, and any odour (which is normally minimal in the first place, disappears within seconds. Vapour also has the added advantage of not sticking to your clothes and hair.

One thought on “Electronic cigarette and vaping benefits”